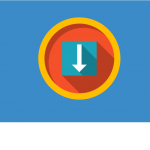 The latest update is here. While this update doesn’t add any groundbreaking “new” features what it does do is improve the existing features massively. So what’s new in this release?

The main updates in this release are around the invoices. In the previous versions you couldn’t manually change the status. It was only changed to unpaid when you sent the invoice from the CRM.

This made it hard if you sent the invoice another means. So now you can change it using the drop down box on the right of the invoices (after you’ve saved it for the first time).

We’ve also fixed a deeply rooted bug which meant that starting an invoice, then cancelling it (for whatever reason) would increment the invoice ID number and your invoices would skip some numbers. Doesn’t seem that harmful, but in reality you may be asked where the invoices 2 through to 10 are (and struggle with an answer).

We’ve also made it that you can convert a customer quote into a draft email which pre-fills the ‘send to’ and other information. There’s more coming in the quotation area soon (watch this space).

Finally we’ve added a number of style improvements. The admin stylesheets now only load on Zero BS CRM pages so any ‘breaking of themes’ admin pages or ‘breaking of other plugin admin pages’ is now a thing of the past.